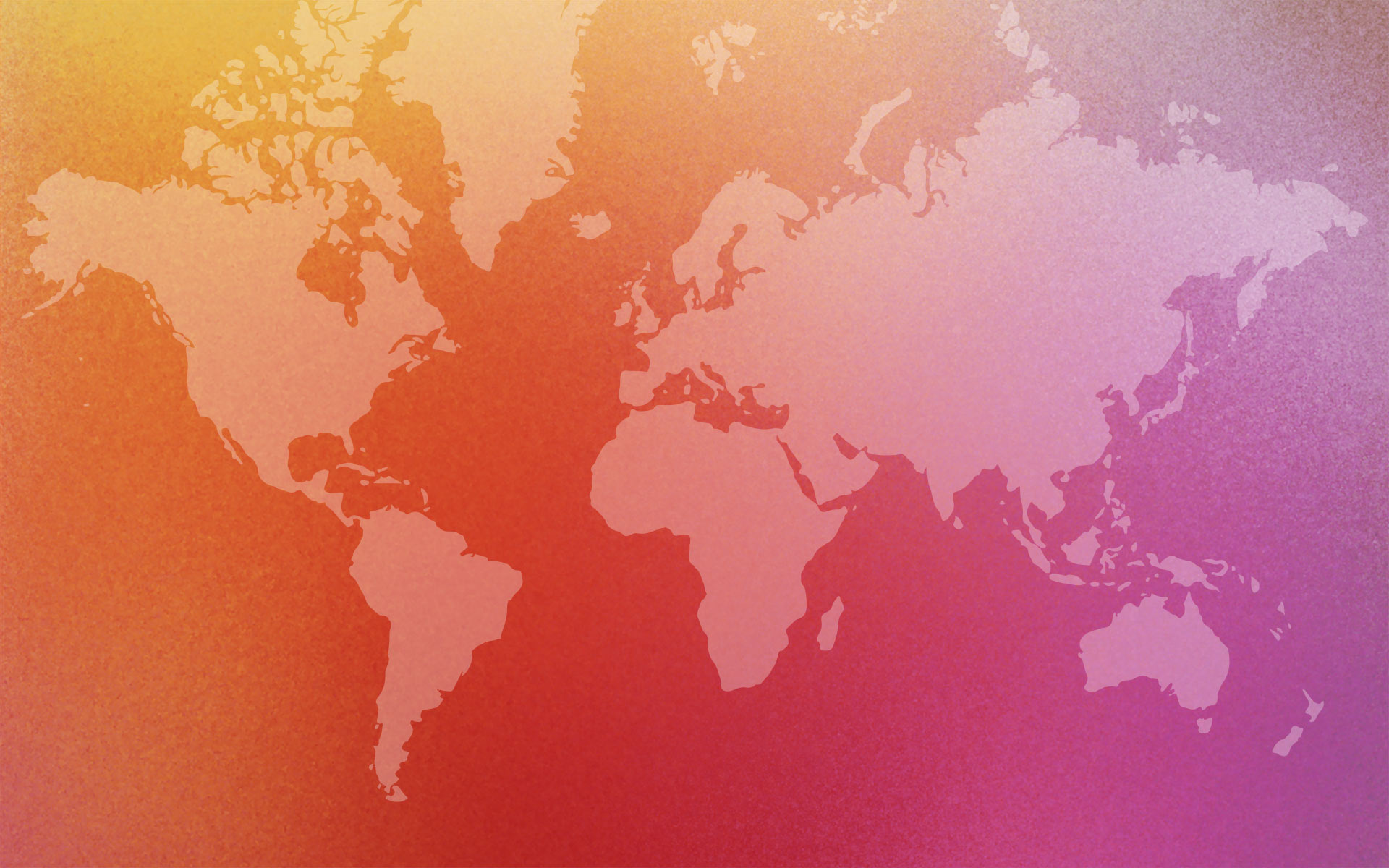 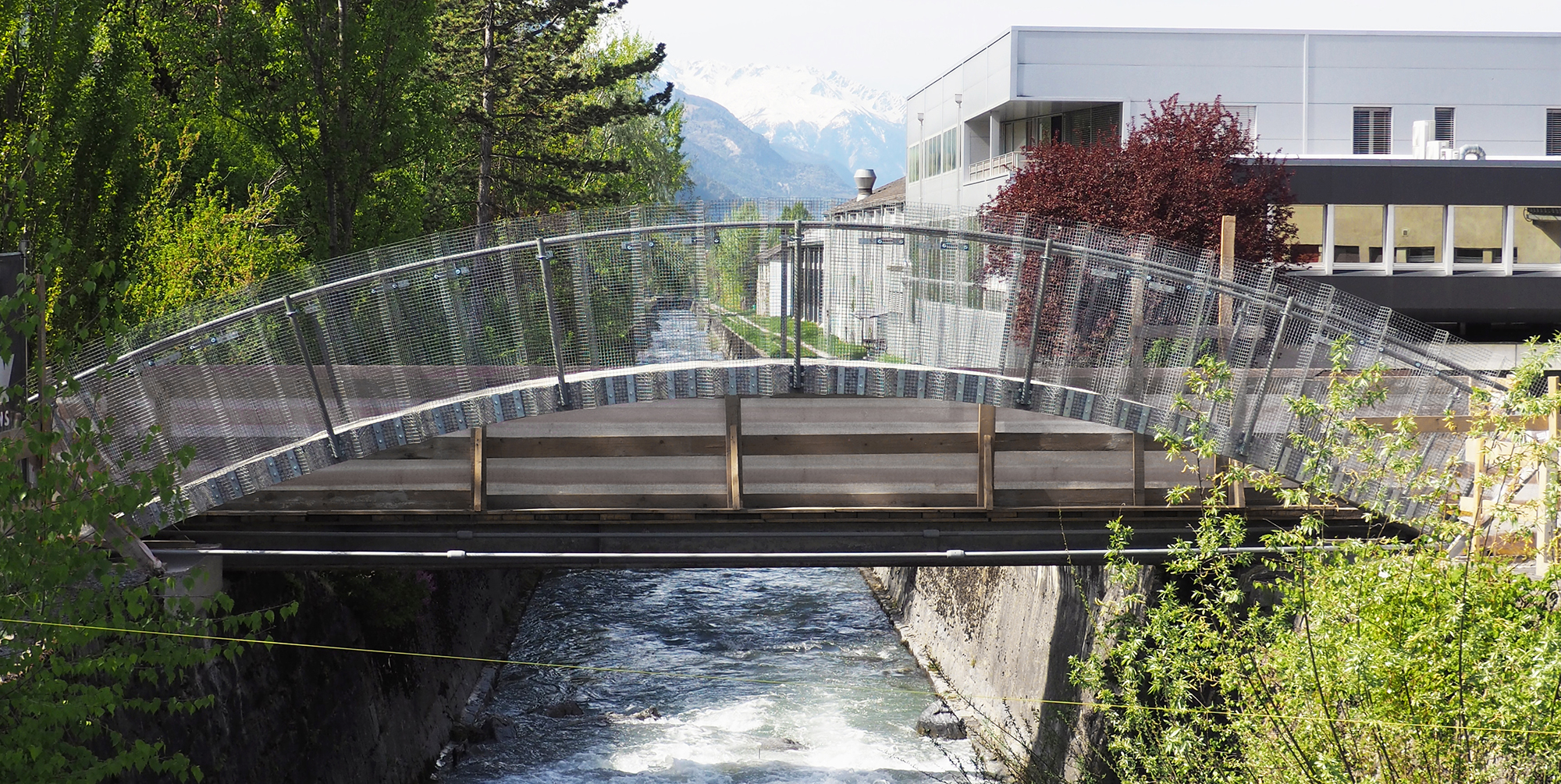 Building a concrete footbridge ... without pouring any concrete!

Concrete is the most widely used construction material in the world. After demolition, it is usually crushed into aggregate. In contrast, concrete component reuse consists in the extraction of obsolete structural concrete elements and in their reassembly for the construction of new structures. This strategy is effective in reducing cement demand, CO2 emissions and concrete waste. The RE:CRETE footbridge prototype, built by the Structural Xploration Lab (SXL) at EPFL, Switzerland, is a pedestrian footbridge made of concrete blocks sawn from walls of a building under renovation and reassembled into a post- tensioned arch. This prototype demonstrates for the first time the feasibility of reusing non-prefabricated concrete elements in new structural arrangements. In collaboration with the Canton of Wallis, a site was found to install the prototype and make it accessible to the public. The structure was equipped with railings, also made of reused materials, and installed for a period of two years on the Morge River in Conthey, Switzerland. It is used for pedestrian mobility during the work on an adjacent cantonal road bridge. 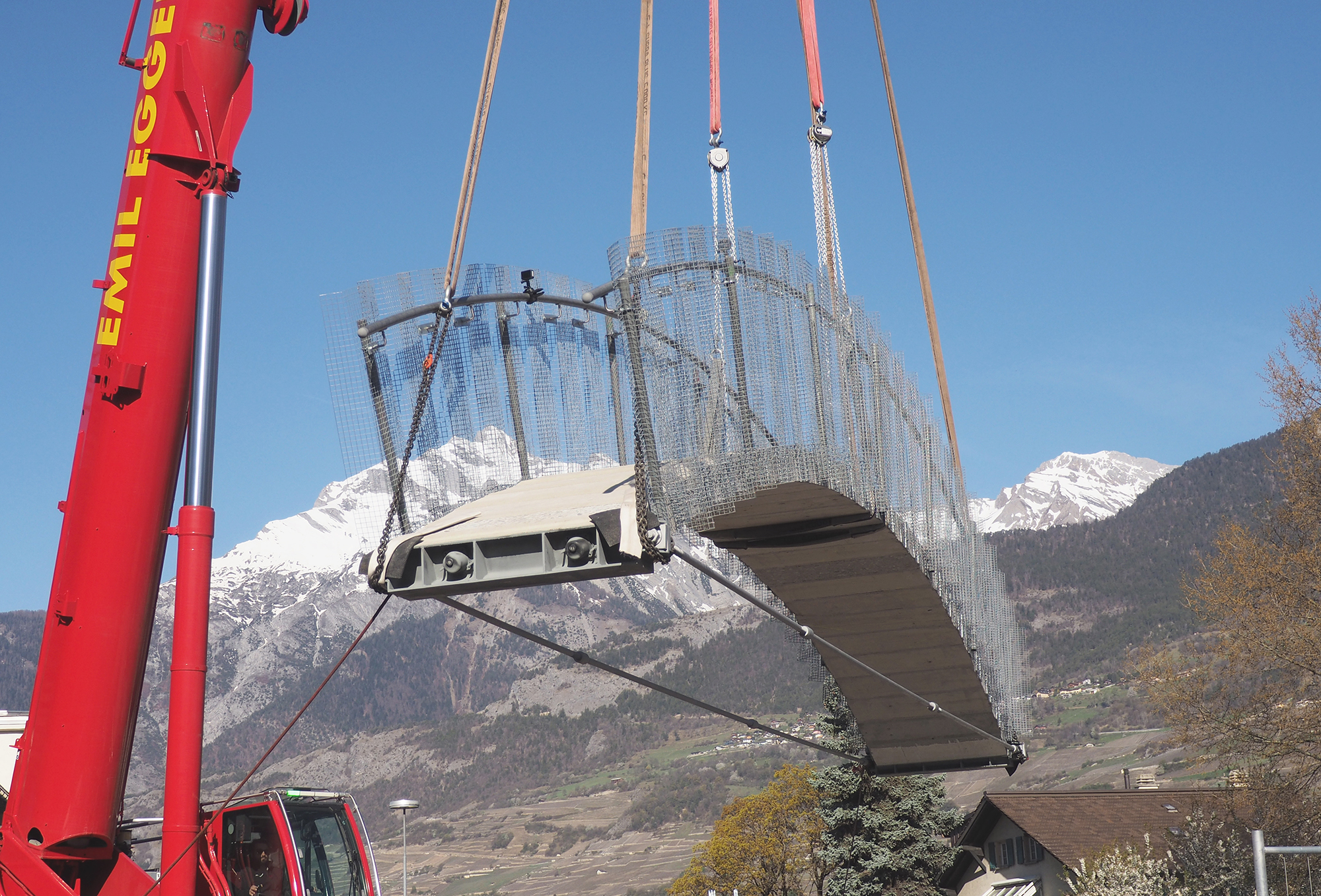 The concrete blocks were extracted from existing walls with a diamond blade circular saw directly to the right dimensions and they are drilled to allow the passage of post-tensioning cables. The concrete blocks are then placed on a timber centering with the ducts and the cables passing through the drilled holes. The joints are filled with mortar to ensure contact between each block. The construction process was chosen such that the quality and stability of the assembly would not be jeopardized by the large dimensional variability of the reclaimed concrete blocks, which is an intrinsic feature of reuse processes. After 14 days, giving the mortar time to dry, the cables are post-tensioned in order to increase the stability of the arch under asymmetric loading. In order to make the footbridge permanent and suitable for outdoor use, its durability and safety were improved. The steel and concrete have been protected from water by anti-corrosion paint, water-repellent impregnation, and joint waterproofing. A railing was designed with local reused materials from old circus tent structure and old industrial shelves. The railings have been designed to be easily dismantled as all parts are bolted or screwed together. This means that it could be easily dismantled if necessary for maintenance, adaptation, or installation on another structure. As demonstrated by its installation on site, the footbridge can easily be transported in its entirety to another site for subsequent use, and its current location is temporary, with permanent installation on another site already being planned.

A pioneering project that opens up new pathways for carbon reduction

This project demonstrates the technical feasibility of reusing concrete from cast-in-place existing concrete building while using technologies known to the construction industry such as concrete sawing and prestressing. Confirming that sawn concrete is a new structural reused material, this project extends the application of Circular Economy principles in the construction industry. The project also showcases how the design process can evolve in order to make it more resilient to the unknowns of a reclaimed material stock: availability, quantity, mechanical performance, geometric and textural variability. The contribution of companies is also a key to the success of this project. The search for reused concrete blocks was done in a non-systematic way by contacting several concrete demolition and sawing company not used to this kind of demand. A new field of activity is created, one in which concrete sawyers are no longer at the end of the material’s service life but become suppliers. Furthermore, this first prototype convincingly demonstrates that the approach allows for drastic reduction in greenhouse gas emissions, construction site waste and raw material extraction. The future extension of its scope of applications offers new perspectives to rapidly contribute to the mitigation of global warming and to the sustainability of the construction industry. 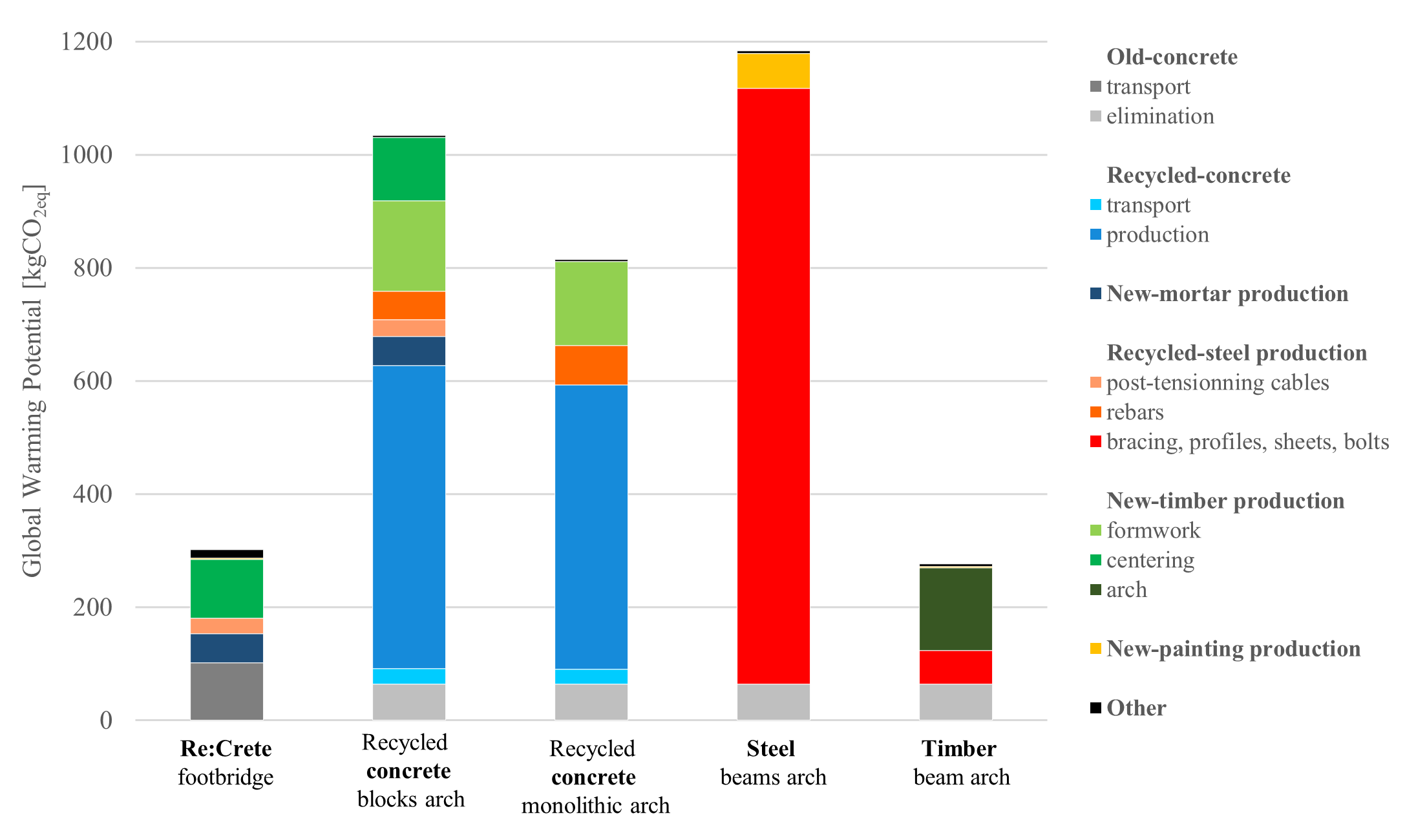